Sweet cinnamon apple stuffing, encased in savoury Ontario veal will warm your palate while the bright and tart pomegranate glaze wakes up your senses. Serve with mashed potatoes and green beans for a complete holiday or weeknight meal.

In a large bowl, add stuffing croutons, parsley and salt and pepper. Pour in broth mixture and gently toss with tongs or your hands until all breadcrumbs have absorbed liquid. Set aside.

Cut tenderloins almost in half lengthwise, so it opens like a book; pound to flatten slightly. Spread and lightly pack stuffing down the centre, leaving 1” border from the edges. Fold long edges over stuffing overlapping as necessary, and fold in the narrow end; secure with skewers or string.

In a large skillet, heat oil over medium-high heat, sear all sides of tenderloin, about 5 minutes.

In the meantime, prepare the glaze. Combine all ingredients in a small pot and simmer gently over low, stirring frequently. When ready to serve, remove garlic cloves and rosemary.

Remove tenderloin from oven and let stand covered with foil for 5-10 minutes. Remove skewers or string, slice and serve fanned out on serving plates. Drizzle with pomegranate glaze and garnish with seeds. 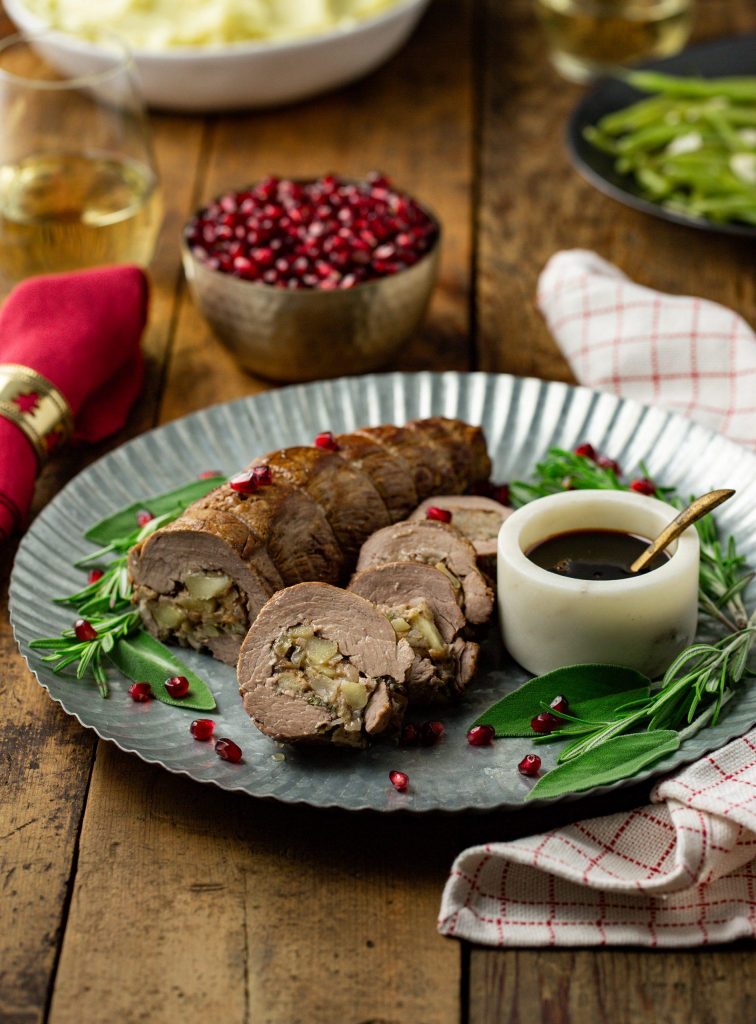