by Veal Farmers of Ontario

Watch the exciting highlights from the finale here! 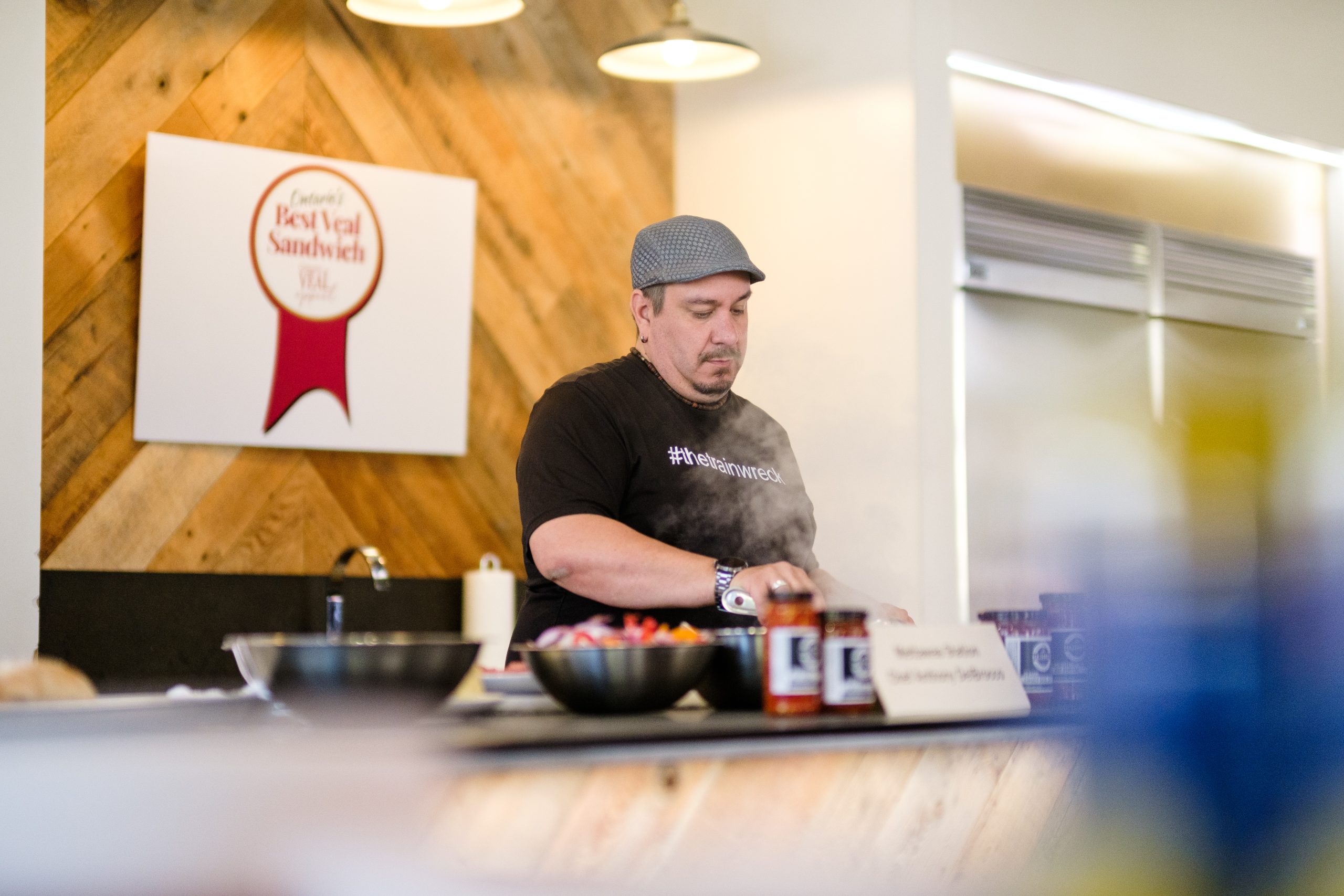 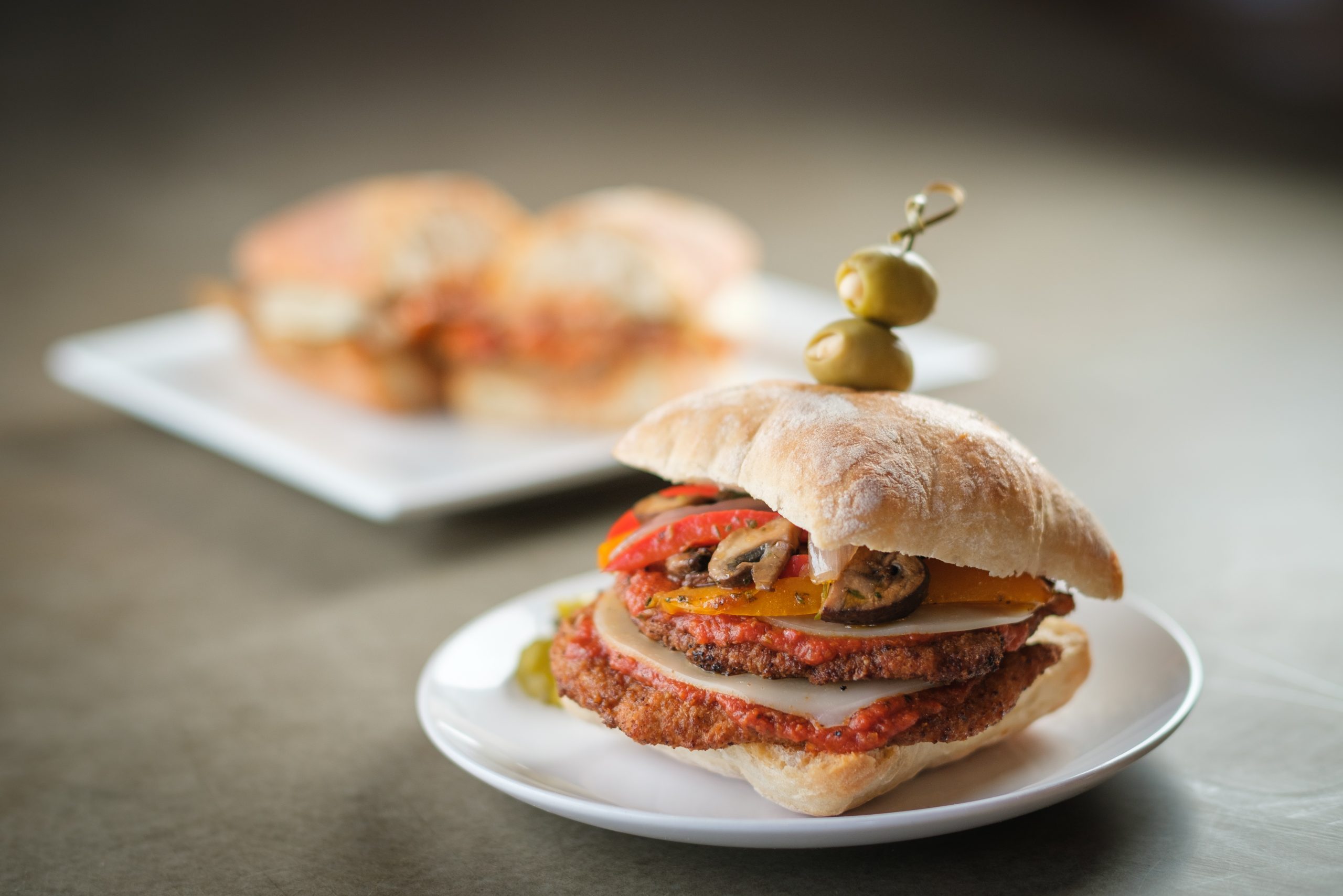 Social media was ablaze for weeks with people’s picks for their favourite veal sandwich and now, after some intensive veal sandwich eating and a tournament that narrowed down eight restaurants to the top two, Veal Farmers of Ontario (VFO) is excited to announce that today, a new winner has been crowned.

After an intense, high stakes competition, Kingsville’s Mettawas Station Italian Mediterranean Grill has taken the title of Ontario’s Best Veal Sandwich 2022. A finalist in 2018, Chef Anthony DelBrocco credits his passion for cooking to his mother and both of his grandmothers as he grew up eating their food and cooking with them. DelBrocco uses tomato sauce made fresh in-house (which he also sells in the restaurant) and tender, Ontario veal from Leamington Food Outlet.

“This was an incredibly close competition. People always say that they’d love to be a judge but it’s tougher than it looks,” said John Catucci, Food Network Canada host of Big Food Bucket List and a judge since the first competition launched in 2016. “That’s said, it’s probably the most Italian thing I’ve ever done.”

Jennifer Haley, VFO’s Executive Director, who has also been a judge since 2016, agreed. “We are looking at the tenderness of the Ontario veal cutlet, the flavour and consistency of the tomato sauce, the freshness of the bun and the overall eating experience. Every sandwich-maker adds their own unique spin to the sandwich, and they are all delicious. Choosing only one for the title is not easy.”

This year, as in past years, the exclusive event was held at Toronto’s historic St. Lawrence Market. In front of an audience of family and friends and a few select veal sandwich fans, judging was overseen by John Catucci; Chef and TV personality Emily Richards; and Jennifer Haley.

Competing against Mettawas Station for the top spot was Mississauga’s Pronto Cafe & Eatery. A semi-finalist in the 2018 competition, Chef Dino Pontoni says he owes the success of their sandwich to local, succulent veal, freshly baked breadcrumbs, house-made sauce, custom-made bread, and high-quality herbs and veggies.

“Almost all of the restaurants nominated are like our farmers; family-run and proud of the quality of what they produce for consumers,” said Haley. “Throughout this contest it has been a great honour to bring attention to these amazing businesses, their owners and their delicious Ontario veal sandwiches.”

The winner receives a shiny award, the bragging rights to being the home to Ontario’s Best Veal Sandwich, a video shoot at their restaurant with John Catucci and extensive publicity. It’s a prize package valued at more than $50,000.

About Veal Farmers of Ontario

Veal Farmers of Ontario is a farmer-run organization that represents the interests of Ontario’s veal farmers, providing leadership to promote industry growth and viability through collaboration, innovation, marketing, and education.

Get the Latest Recipes! Join our newsletter.